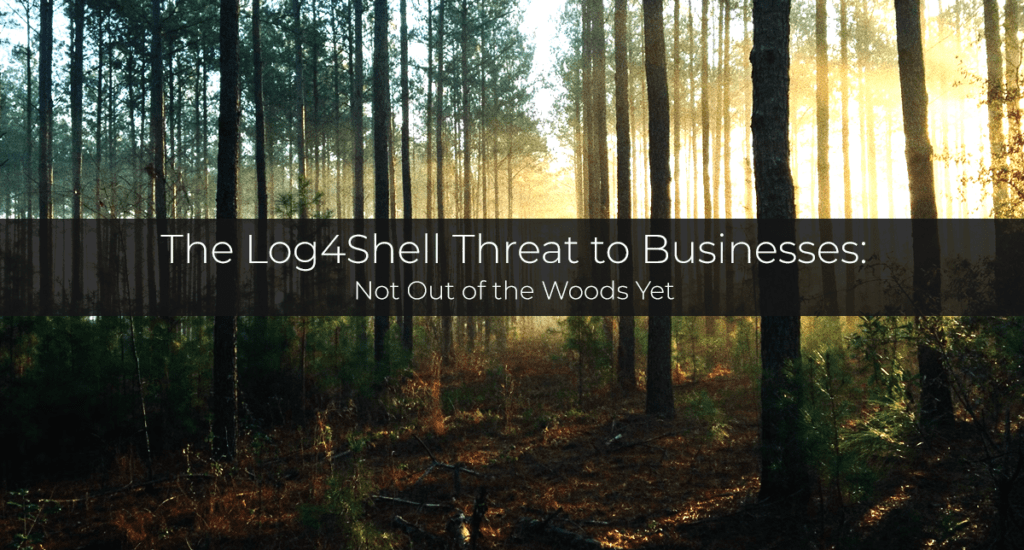 The FTC means business when it comes to pushing organizations to patch Log4j promptly. On January 4, 2022, the FTC blog issued a reminder that failure to mitigate known software vulnerabilities could result in legal action. The FTC highlighted the $700 million fine issued to Equifax for its failure to patch a known vulnerability – which resulted in exposing the personal information of 147 million consumers – as proof that they are holding businesses accountable for security.

In addition to the punitive and legal risks faced from the Log4j vulnerability, there is clear evidence that threat actors, including known nation-state actors and cybercrime organizations, have moved quickly to exploit “Log4Shell.” The exploit makes it simple to execute malicious code remotely, and is estimated to affect hundreds of millions of devices. In parallel, enterprises, vendors and cloud services have moved to patch their systems fairly swiftly. But given its pervasiveness, finding every single instance of Log4j in every environment could take years. And every day a vulnerable device goes unpatched is another day that an attacker could compromise a system, install a backdoor, and quietly wait to attack.

Why Log4Shell is Hard to Find

Even if you’ve taken the initial steps to patch your systems, the problem is that Log4Shell is not your typical vulnerability. Log4j is not software from a single vendor. The Apache Log4j software library is an open-source building block used widely across millions of web sites and cloud applications you use, adapted in different ways. It’s also used in a range of operational tools, equipment and devices you may never have imagined were running so much code. In some instances, it’s even repackaged, renamed, and/or embedded into the application itself – so deeply buried that it is difficult to find.

The Tanium Advantage in Surfacing and Remediating Log4Shell

Finding which assets across your environment need to be updated is challenging. Many endpoint tools can’t scan all your workloads at scale or provide accurate answers about what’s running on your network quickly enough. When it comes to addressing your cyber security challenges, the Tanium platform has an advantage with speed and accuracy, and delivers valuable endpoint visibility and control using a combination of tools:

In addition to the tools and technology, the Tanium User Community is where you can engage with industry peers and other security experts to get technical guidance on Tanium products. Contributors from the Tanium community provide insights and updates on major threats and have been a valuable resource for technical details on the Log4Shell vulnerability.

At Chuco, we’ve already been helping many of our clients – from large enterprises to smaller organizations – in finding, patching and remediating Log4j vulnerabilities. Our Tanium Consultants, many of whom have previously worked at Tanium and/or on enterprise SecOps teams, are all Tanium Certified and can help with getting the most out of Tanium to address your needs.

Please get in touch to discuss how Chuco can help you with Log4j mitigation. Our consultants are standing by to help design or extend your response strategy, and put hands on keyboard to help execute.